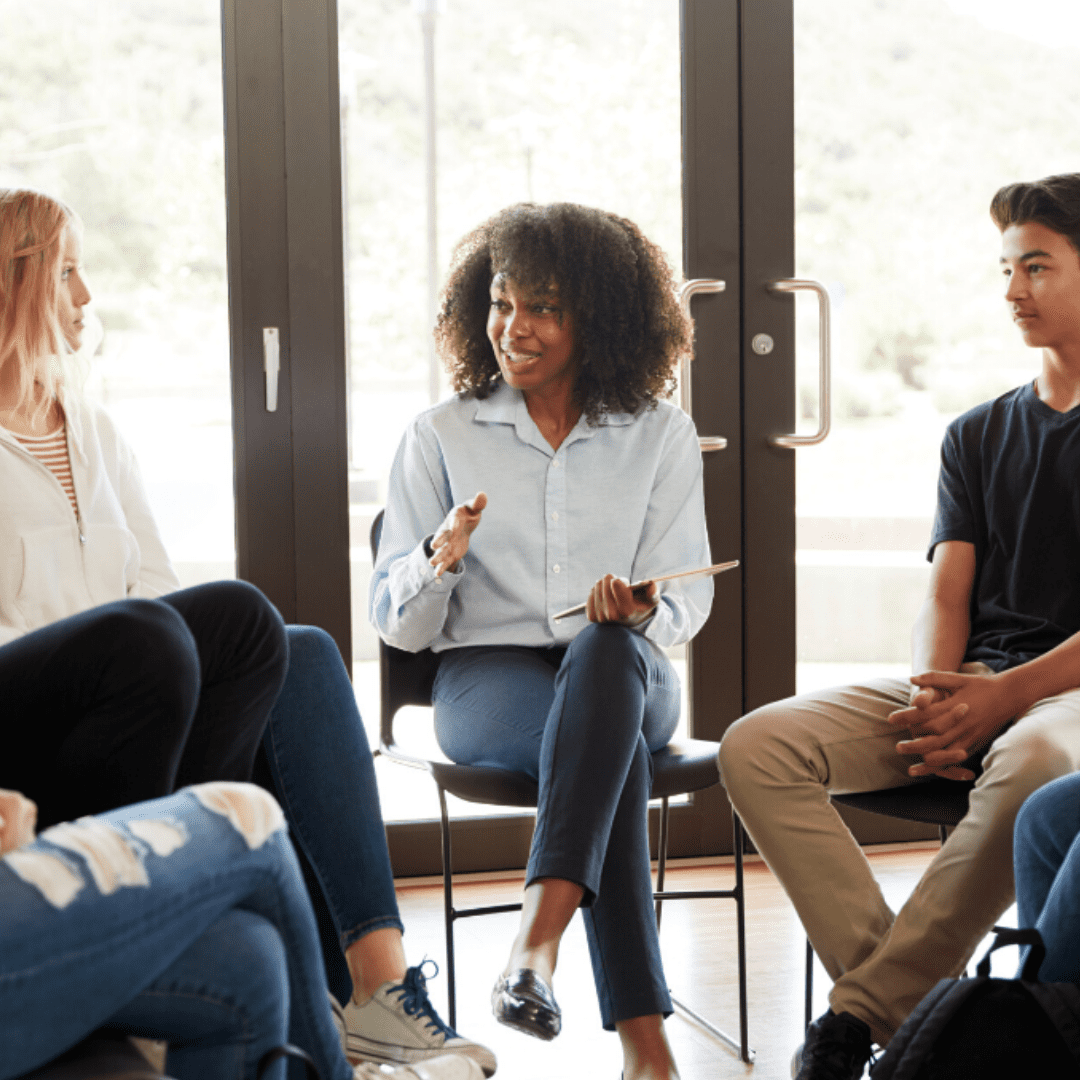 We are in a moment, as Angela Davis would say, of “radical reckoning” with respect to race. White people are waking up to the vast difference in our experience compared to our friends, neighbors and co-workers of color. Our histories are different, and our present experiences are different, even when we live in the same neighborhood, go to the same school, or work in the same building. White people are seeing how truly segregated our lives still are. Real integration — in our schools, our neighborhoods, our churches, and our work lives —  has failed. Collectively, we are finally starting to talk about this failure.  But it is not easy. Black, Indigenous, and People of Color often have vastly different experiences than White people even in the same conversation.

Here are few examples of these differences that I see showing up in organizations:

When any of the scenarios above arise,  someone in charge is likely to say, “We need to deal with this!  Let’s facilitate a conversation to try and bring people together.”

As a seasoned facilitator myself, I know that the first step in navigating tough conversations is  to develop a good set of ground rules that guide the way participants will engage in that conversation before launching into it.

Unfortunately, when addressing potentially uncomfortable race issues, a common trend I see come up again and again during the ground rules conversation — the conversation before the conversation — is this: White people will request that the conversation feel “safe” and that everyone “assume best intentions.”
The result of these requests is that BIPOC feel silenced from the get go. Should they make any of the participating White people feel unsafe by sharing their actual experience, they will be pegged as ‘the angry BIPOC employee.’ In these scenarios, the stakes are especially high for those who identify as Black.

When talking about the need for creating a ‘safe space’ such as in the scenario above, it is important to consider two key questions:

When White people ask for “safety” as a prerequisite for even beginning a conversation about race, the impact on Black, Indigenous and People of Color is often: “You have to be f-ing kidding me?!”  When Black people are shot and killed by the police regularly, when their competence in the workplace is constantly questioned, when the only neighborhood where they can get a loan approved is a high crime area, the fact that White people would ask for “safety” before having a conversation is the ultimate expression of privilege – the luxury of not needing to know or care about the context of danger in which Black people live on a daily basis.

It also plays directly into the myth that Black people are dangerous. Many of my Black colleagues have shared with me that this lack of awareness from White people is deeply painful for them.

However, underneath the request for ‘safety’ and ‘assuming best intentions’ is an expression of a different kind of risk. Entering into a conversation about race in which many White people believe (rightly so) that they could say something triggering or harmful to People of Color — and that this will be noticed and probably commented on publicly — feels risky.  And it is risky. But we must then ask: What’s at risk? Is it a human life? No. Is it a sense of identity and belonging? Probably. If my White identity is built around me valuing diversity, appreciating human beings regardless of race, and of being thoughtful, sensitive and inclusive, and this gets called into question, it can indeed feel deeply painful. And if belonging and feeling accepted in this multi-racial group matters, having that sense of belonging threatened feels risky too.

Let’s acknowledge that these two risks — losing and/or shortening one’s life due to structural racism vs. a loss of identity and belonging — cannot be compared.  They are in two totally different spheres.  So, White folks, let’s not use or request the safety parachute for these conversations — It’s a cop out, and it is just too painful.

So, what ground rules can create containers for productive conversations about race? What’s the alternative to safety? This poem by Micky ScottBey Jones offers an alternative. The first few lines of the poem recognize that:

“There is no such thing as a ‘safe space”’ — We exist in the real world. We all carry scars and we have all caused wounds.”

This deeply human recognition that we have all hurt others, and we all have hurts, different as they may be, allows us to connect to our own and each other’s humanity, and invites us to drop the notion of “safety” altogether, because the notion itself is not even realistic.

Later in the poem, one of my other favorite lines is:

“We have the right to start somewhere, and continue to grow.”

Rather than asking for assurance that everything we (especially us White folks) say will be seen in a positive light, this line asks us to be compassionate with ourselves and non-judgmental with each other, because we all have to start somewhere, and to simultaneously hold that we all have the capacity to grow. As a White person, I can totally live with this. I can let go of my need for safety (i.e. to be fully understood in my good intentions) if I can also recognize that I am on a journey of growing and evolving.

“We have the responsibility to examine what we think we know.”

This is a powerful call to action for us White folks especially, not to be passive or extractive in conversations about race.

Really good ground rules should be oriented towards not only what does one need from the group to show up fully, but what will one give to the group so that others may show up fully. I sense in my facilitation that us White folks have been socialized to think of ground rules as an opportunity to ask for what we need from the group. When we consider the generations in which our needs as White people have come first, stepping into a multi-racial space in which we are committed to making a truly integrated space, should be seen as an opportunity to  give  to the space.

Letting go of safety and acknowledging that we are all starting somewhere, and growing, allows us to be more human – with ourselves and with each other. It doesn’t give us an “escape route” if things get hard, but it does open the door for self-compassion. Actively participating in questioning our beliefs, rather than advocating, explaining, or making really great points, also invites connection and builds trust.  This communicates that we understand that the world has tried to shape us in ways that divide, and that no one is immune to this. Trust comes not from absolving oneself from the impact of white supremacy, but from noticing it and actively questioning it.

I hope we can all embrace the words of wisdom from Micky ScottBey Jones and create more brave (rather than safe), multi-racial, truly integrated spaces.